current position：Home>Sell spoiled overnight fruits. This is the "more delicious fruit" that Baiguoyuan wants to make?

Sell spoiled overnight fruits. This is the "more delicious fruit" that Baiguoyuan wants to make?

【TechWeb】5 month 5 Daily news , Baiguoyuan, which has just submitted its prospectus for listing in Hong Kong , On today's microblog hot search list . however , It's not a good thing to be on the list , But because of an apology issued by the sale of spoiled fruit .

For fruit retailers , Quality is the top priority . And for the hundred orchards ,“ your ” Is the first impression of most consumers , But you didn't get peace of mind and worry , Baiguoyuan made a mistake this time “ Taboo ”, Selling overnight fruit , It also attracted many netizens' roast .

It is worth noting that , Baiguoyuan's apology was not recognized by all consumers , In the comment area of apology microblog , Many netizens print pictures and accuse the fruits in Baiguoyuan of not only quality problems , And often short weight .

Cut the fruit to spoil it Deceive customers with fishy eyes

recently ,“ The inside picket Bureau ” Secretly visited all over the country 5000 The fruit chain brand in every store — A hundred orchards , Found the store involved , Cut the spoiled fruit into pieces , Moldy apples are ignored , Continue to sell , The headquarters also turned a blind eye to the request to ban the sale of overnight fruits , At the same time, there are also small pineapples to be sold as large pineapples , The sham as the genuine , The act of deceiving customers .

From the video of unannounced visits, we can see , The staff of Baiguoyuan labeled all the small pineapples as more expensive big pineapples , The staff also said ：“ No problem , Anyway, people have money .” meanwhile , Beer pears that have been put for a month and a half are also normally sold in Baiguoyuan store , Regarding this , Store employees said ,“ It's none of your business if something goes wrong , Who sells it is who's , Other stores are still in place for a long time , Some for two or three months .” And for some fermented and alcoholic fruits , The staff will put it on the table to dry the smell , When there is no taste, it is made into fruit, cut and sold on the shelf . In order not to be fined , Hide the melons that didn't sell that day , The headquarters of Baiguoyuan stipulates that it is not allowed to sell cut overnight melons . 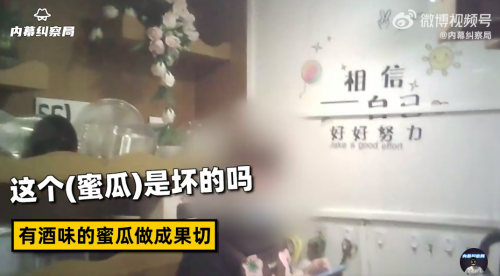 about “ The inside picket Bureau ” The secret interview was exposed , Baiguoyuan responded early this morning that , The store involved is Baiguoyuan Jianhe Road store, Chenghua District, Chengdu 、 Wuhan Jianghan North Road store , There is a problem of classifying fruits in violation of regulations 、 Sell overnight cut fruit 、 Deliberately avoiding problems related to the inspection of the headquarters .

In order to prevent similar behavior , The orchard is undergoing rectification , This includes re inspection of the operation and quality management of stores across the country 、 Request the stores involved to suspend business for rectification 、 Punish the relevant person in charge of the region according to the rules and regulations and further strengthen the store SOP Job training .

Besides , Baiguoyuan said it would strengthen supervision 、 Inspectors and mystery customers inspect and guide the store for fruit freshness from time to time , Strictly prohibit any spoiled fruit from being cut and sold .

You can see from the introduction on the official website , Baiguoyuan is serious about doing fruit business , claim “ Do one thing in your life , Concentrate on making fruit ”. meanwhile , The orchard will also “ Committed to making better fruit ” Be your own ideal .

From Baiguoyuan's response this time, we can see , The shops exposed are more about the employees involved , The above regulations are very clear , But the following employees did not strictly implement it for profit and not being fined . And Baiguoyuan also punished the relevant personnel , And also deeply reviewed himself , Training and supervision will be strengthened in the future .

In terms of attitude alone , The orchard is very sincere . But behind this , It will also further expose the hidden dangers of the orchard .

5 month 2 Japan , Baiguoyuan submitted its listing application to the Hong Kong Stock Exchange , Impact on domestic “ The first share of fruit retail ”. The data published in the prospectus shows that , The income of Baiguoyuan mainly depends on franchise stores ,2021 In, the revenue from franchise stores reached 81.25 One hundred million yuan , The proportion of revenue is 81.3%. meanwhile , at present , Have a hundred orchards 5351 Offline stores , among 5336 For the franchise store , Proportion is as high as 99.7%. 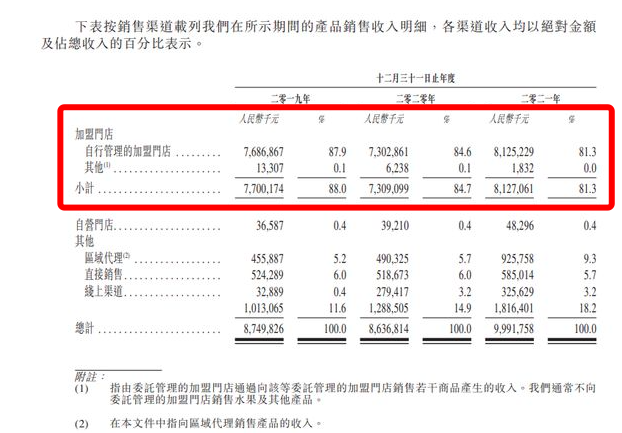 The way of joining , For Baiguoyuan, whose contribution to the income of first tier cities has declined , It saves cost , It also accelerates the expansion speed . But problems also arise , That is how to ensure more efficient management . Consumers choose to pay higher prices , Is to believe in the quality of Baiguoyuan , Enterprises also have the responsibility to strictly manage franchisees .

however , From the black cat complaint, we can see , It's not once or twice that the fruit in the orchard has quality problems .

recently , There are consumer complaints that , From Baiguoyuan in Xuhui District （ Kangjian Road store ） Bought an apple 、 blueberries 、 The oranges 、 Ugly orange , The ugly orange goes bad , Failed to contact the merchant , Platform messages do not reply 、 The phone is out of call. . And in the subsequent processing , Consumers don't seem very satisfied , Processing progress is slow , The compensation also exceeded the time limit . 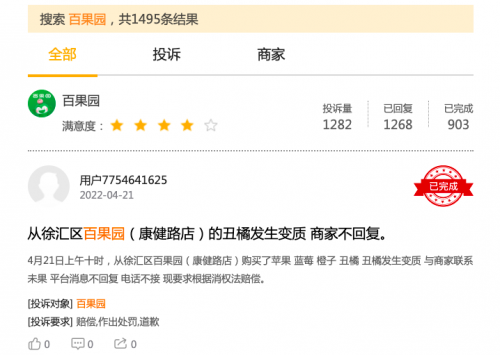 besides , There are still many complaints about the quality of water ghosts in Baiguoyuan . What's interesting is that , In the comment area of Baiguoyuan's apology , There are many netizens make complaints about them. , call “ A few days ago, I bought the fruit of changchong , The store was also joked by the clerk in various dialects , Ignore , The complaint was not accepted and followed up ”. In addition to the quality of the fruit itself , Some netizens pointed out , A hundred orchards “ Often be short of weight ”.

as everyone knows , Fruit itself is difficult to preserve , It's hard for a hundred orchards to be perfect . It's just , As a fruit retailer pursuing high quality , Strict control is the most basic requirement , Otherwise, why should consumers pay for the “ your ” And pay for it ？